Lenexa, Kansas, USA (March 2020) – The Board of Commissioners of the International Accreditation Council for Business Education (IACBE) is pleased to announce that, at its virtual meeting on March 30-31, 2020, the Swiss School of Management was granted reaffirmation of accreditation of the business and management programs.

The Swiss School of Management has undertaken a rigorous self-evaluation; has undergone a comprehensive, independent peer review; and has demonstrated compliance with the following Accreditation Principles of the IACBE:

In addition, the Swiss School of Management has demonstrated a commitment to continuous improvement, excellence in business education, and advancing academic quality in its business programs and operations.

About the IACBE – The International Accreditation Council for Business Education (IACBE) was founded in 1997 and is nationally-recognized by the Council for Higher Education Accreditation (CHEA). The IACBE is the leader in mission-driven and outcomes-based programmatic accreditation in business and management education for student-centered colleges, universities, and other higher education institutions throughout the world. The IACBE has hundreds of member institutions and campuses worldwide, and has accredited over 1,500 business and business-related programs in the United States, Europe, Asia, the Middle East, Central America, and South America.

Since the first day of operations, more than two decades ago, the Swiss School of Management (SSM) has been certified by EduQua, a Swiss quality label for further education institutions. The first Swiss quality label geared towards adult continuing education, eduQua is made up of over 1000 schools, institutions and academies in all of Switzerland. EduQua is an accreditation body recognized and supported by the Swiss Confederate Government; it’s the first quality certification for public and private educational institutions in Switzerland. EduQua is the premier quality assurance accreditation scheme for continuing education (can be general education, further education, professional education).

The Swiss Conference of Cantonal Ministers of Education (EDK) endorses eduQua as an officially recognized quality assurance scheme. EDK highly recommends the institution of higher education accredited by eduQua. In more and more cantons, the certification is a requirement for public funding. The State Secretariat for Economic Affairs (SECO) also endorses EduQua. 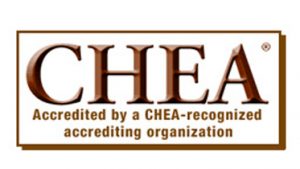 Swiss School of Management is recognized by CHEA-Council for Higher Education Accreditation.

CHEA is based in Washington, DC. CHEA is a member of International Network for Quality Assurance Agencies (INQAAHE). 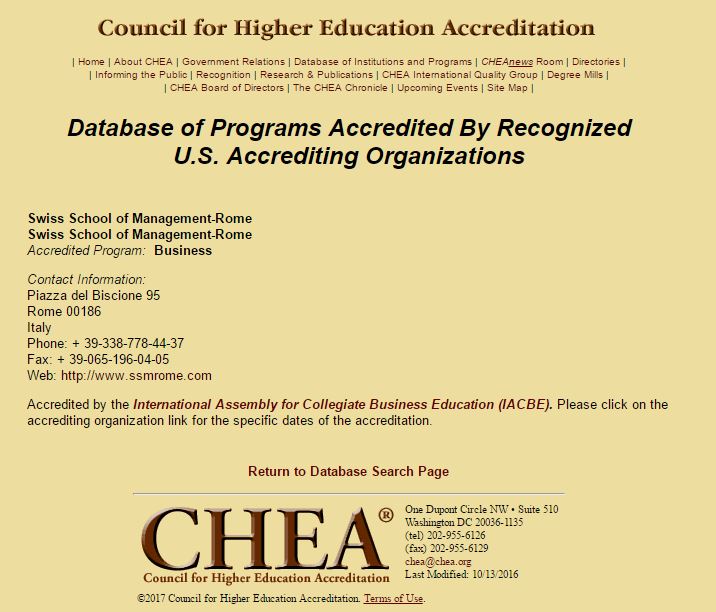 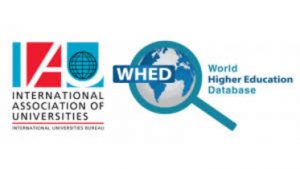 The International Association of Universities is a membership-led non-governmental organization working in the field of higher education. It comprises more than 650 higher education institutions and organizations in some 130 countries. IAU is an official partner of UNESCO.

The Swiss School of Management is a UNESCO approved Institution, through the International Association of Universities.

Leadership is a core aspect of quality higher education, vital in enabling institutions to respond to complex challenges and rapid societal change. Higher education leadership must be underpinned by values and responsibility. Leadership must be adaptable and constantly evolving to ensure always more equity. It is essential that higher education institutions fully contribute to the development of sustainable & democratic societies.
IAU aims at strengthening capacities of leaders and enhance cooperation among them.

It also tends to reinforce leadership of universities to maximize their impact on communities. 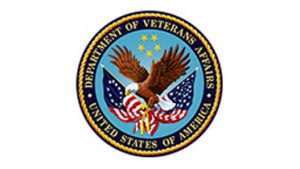 The United States Department of Veterans Affairs is a federal Cabinet-level agency that provides integrated life-long healthcare services to eligible military veterans at the 1700 VA medical centers and outpatient clinics located throughout the country.

The US Department of Veterans Affairs has given full accreditation to the Undergraduate, Postgraduate and Doctoral programs of the Swiss School of Management. SSM is accepting GI Bills.

This bill, which I have signed today, substantially carries out most of the recommendations made by me in a speech on July 28, 1943, and more specifically in messages to the Congress dated October 27, 1943, and November 23, 1943:

With the signing of this bill, a well-rounded program of special veterans’ benefits is nearly completed. It gives emphatic notice to the men and women in our armed forces that the American people do not intend to let them down.

By prior legislation, the Federal Government has already provided for the armed forces of this war: adequate dependency allowances; mustering-out pay; generous hospitalization, medical care, and vocational rehabilitation and training; liberal pensions in case of death or disability in military service; substantial war risk life insurance, and guaranty of premiums on commercial policies during service; protection of civil rights and suspension of enforcement of certain civil liabilities during service; emergency maternal care for wives of enlisted men; and reemployment rights for returning veterans.

This bill therefore and the former legislation provide the special benefits which are due to the members of our armed forces — for they “have been compelled to make greater economic sacrifice and every other kind of sacrifice than the rest of us, and are entitled to definite action to help take care of their special problems.” While further study and experience may suggest some changes and improvements, the Congress is to be congratulated on the prompt action it has taken.

For over a decade, the Swiss School of Management is a member of BUSINET.

Businet was established in 1987 by a group of higher education business institutions, keen to develop international programmes in Business and to promote opportunities for Institutes of Higher Education, their staff, and their students. At the moment, the organisation has 121 members and is represented in 35 countries.

Businet is a network of international higher education institutes (both private and public universities and colleges) that share a common ethos regarding internationalization.

Businet provides an environment that encourages the sharing of good practice and encourages co-operation between like-minded individuals and like-minded organisations.

Businet is a membership organisation. The member institute pays an annual fee for their membership and all members of staff, and the students of that organisation can involve themselves in the activities of the network.

The board of management of the organisation is elected from the staff of member institutes.

The aims of the Association are:

Objectives
These objectives include (but are not limited to) the following:

We provide our students with the highest quality educational experience.

Quality education with a view.